When you book with an account, you will be able to track your payment status, track the confirmation and you can also rate the tour after you finished the tour.
Sign Up
69
5 Nights 6 Days
Serbia / Belgrade
Skopje / Macedonia
Min Age : 11
Max People : 50

Meeting in front of Let’s Balkan counter of ……… Airport international terminal. Arrive at Belgrade at … after about an hour of flight from …….-Belgrade with the flight numbered… in…. Professional Let’s Balkan guides welcome you and have lunch at a local restaurant before starting our Belgrade city tour.During our panoramic city tour Castle Square, Military Museum, Istanbul Gate, Clock Tower, Damat Ali Pasha Tomb, Zindan Gate, Leopoldov Gate, Sokullu Mehmet Pasha Fountain, Stefan Lazeric Monument, Nebojsa Tower, Saborna Church, Nikola Tesla Museum, Saint Sava Cathedral, Belgrade National Theater, Beli Dvor, Bayraklı Mosque, Cumhuriyet Square, Libra Square, and the stone Square are among the places to see. After our tour, transfer to our hotel and settling in the rooms. Our dinner will be arranged as a Serbian night at a local restaurant. Hotel transfer after the end of the night. Accommodation Belgrade.

After breakfast in our hotel, Check-Out, meeting at the agreed time in the lobby of the hotel, departure for the bus and then we move to the east of Serbia with our guide.After our 3-hour journey, we arrive in Nis, the third largest city in Serbia. Among the places we see in this oldest city; Bali Bey Mosque, Ottoman Bath, Nis Mosque, Kelle Kula, Skull Tower, Nis Nazi Concentration Camp, Tinkers Alley Old Ottoman Bazaar and Bubanj Memorial Park Monument are located. We are heading towards Pristina, the capital of Turkey. After a pleasant journey of 3 hours, we arrive in Kosovo’s capital, Pristina. During our panoramic tour of Pristina, the Clock Tower from the 19th century, the Kosovo Museum, the Fatih Sultan Mehmet Han Complex built by the Ottomans in the 15th century. Yasar Pasha Mosque and the tomb of Ottoman Sultan Murad Hüdavendigar, who was martyred here after the 1389 Battle of Kosovo, are among the places we will visit. Free time with the end of our tour and then moving to the bus at the specified time, and transfer to the hotel for dinner and accommodation with our guide. Pristina.

Check-out after breakfast at our hotel, wake up in the morning at the agreed time, breakfast and gathering, then after a 1-hour journey with our guide, arrival to Prizren after a short journey. During the city tour we will do in Prizren, the other important center of Kosovo, where many Ottoman works are located, Halveti Tekke, Gazi Mehmet Pasha Bath, Ottoman cemetery, Sinan Pasha Mosque, one of the most beautiful examples of period architecture, the Serbian district where you can still see the destructive effects of the war and the Roman period The Castle of the City is among the places we will see. Our lunch is served to you with great Kosovo meat dishes. After a short free time, gathering in the designated area and moving to our buses. After about 1 hour journey, passing through the Macedonian border gate and arriving in the capital Skopje. During our panoramic Skopje city tour, Başçarşı, Vardar River, Castle, 16th century Stone Bridge, Turkish and Jewish neighborhood, Davut Pasha Complex, Mustafa Pasha Mosque, Yahya Pasha Mosque, Sultan Murat Mosque, Isa Bey Mosque, Double Bath Sulu Han, Kapan Han, Kurşunlu Han, Clock Tower, Macedonia Square, the old and now restaurant train station, Government Building, Parliament, 17th century St. Spas Church, Mother Teresa Monument, Mother Teresa’s House are among the places to see. Free time for your shopping in the bazaar .. Transfer to our hotel and free time after our city tour. Overnight at our hotel. Our dinner will be with our guests in the famous restaurant of Macedonian Cuisine, accompanied by a classical folklore group.

After breakfast in our hotel, we take our luxury bus to check-out, meet at the agreed time in the lobby of the hotel, move to the bus and then go to Ohrid, the Paradise corner of the Balkans with our guide. We reach Tetovo from Skopje after a 40 km road. We eat Macedonian meatballs and visit the 500-year-old Harabati Tekke, Alaca Mosque, Ottoman Bath and Bektashi Tekke, the old Ottoman Bridge, built on the Silk Road in Tetovo, where the Albanian population is high. Optional) Among the places we will visit after 25km. Afterwards, the Clock Tower, the Clock Mosque, the Orthodox Church, the Old Ottoman house, and a Turkish tea break. After Gostivar, we set off for Ohrid, the most famous lake city of the Balkans with its natural beauty, with a 100 km journey. In this small and charming city where God dropped a drop while creating the Paradise; historical Ohrid Bazaar, Hagia Sophia Church, Antique Theater, Plaosnik Church, the work of Imaret Mosque but now a church, century-old plane tree and view of the lake from Ohrid Castle. Dinner will be organized as a Macedonian night with the traditional Macedonian cuisine by the lake Ohrid, accompanied by a live instrument team. Then transfer to our hotel.

After breakfast in our hotel, Check-Out, meeting at the agreed time in the lobby of the hotel, moving to the bus and then with our guide, the St. Moving towards Naum Monastery. Peacocks welcome us in this small charming area. After visiting St. Naum Monastery, a little free time and a boat tour in Kara Drim lake where we can see every shade of green (Optional). On our Bitola Monastery tour, you can see the Military İdadi and Atatürk Museum, sundial, the 16th century New Mosque, the Clock Tower, Bedesten, İsak Paşa Mosque and Hamidiye Street. We arrive in Resne with a 45-minute journey from Monastery.We first visit the palace of Niyazi Bey of Resneli, one of the three most important figures of the Committee of Union and Progress, and arrive at the village where the Farewell Rumeli Set, which is on the way, was filmed (Optional) Depending on the day and time, the opportunity to meet the village people and take photos. At the end of our tour, we get on our buses for about 2 hours. Our dinner will be served again at a different restaurant by the lake, accompanied by a Macedonian night. Accommodation Ohrid.

Check-Out after breakfast in our hotel, at the agreed time at the hotel. Morning wake-up, breakfast and gathering, then transfer to Skopje airport with our guide. After breakfast, we will arrive at the airport after our journey that lasts for about … hours. . Arrival to ….. in…. End of our tour.

Hoping to see you at the next Let’s Balkan organization,

Thank you for choosing Let’s Balkan.

There are said to be parts of the cross on which Jesus was crucified in the foundations of three monasteries in the country – St Bogodorica Prechista in Kichevo and St Jovan Bigorski and St Georgij Pobedonosec in Debar. Across the country there are nearly 1,000 churches and monasteries, while the city of Ohrid was once notable for having 365 churches, one for each day of the year. It has been accordingly nicknamed the Jerusalem of the Balkans. 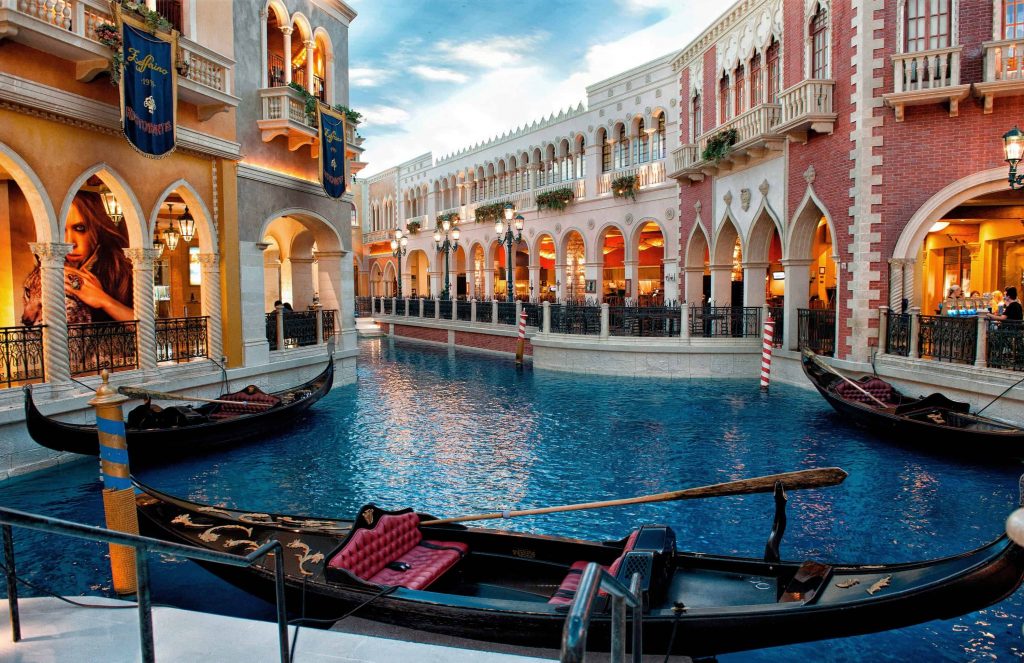 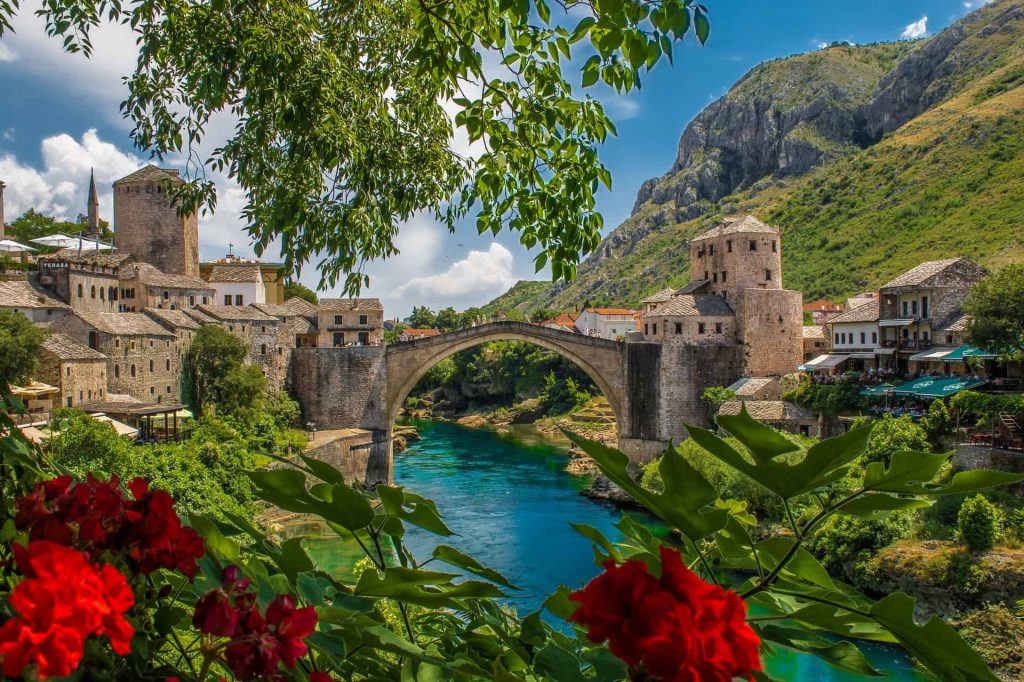